The Most Important Basic Grammar Rules to Know

Writing is an art. But if you’re not using proper grammar, then it doesn’t matter how beautiful your ideas are—they won’t be understood by your audience.

We know that English grammar can be confusing. Whether you’re a native speaker or are just beginning to study the language, sometimes a little refresher can go a long way.

We’ve summarized some of the most important grammar rules and common mistakes to avoid so you can write with confidence.

For more grammar advice, you may also want to check out common grammar myths and mistakes.

A noun names a person, place, thing, or idea. It can take the singular or plural form.

In the plural form, a change in spelling occurs. In most cases, this change is as simple as adding an -s at the end of a word.

However, for nouns ending in –y, changing to the plural form is achieved by adding –ies.

Additionally, nouns ending in -s, -ch, or -sh sounds will be changed to –es.

Pronouns take the places of nouns. They include “I”, “you”, “he/she”, “we”, “it”, and “they.” As a rule, pronouns must refer clearly to an antecedent (the noun they are replacing).

“Who” and “whom” are also a pronouns, though these can be tricky to tell apart, even for grammar aficionados. We have another post where you can learn about the difference between who and whom.

Verbs convey action or a state of being. Every sentence MUST contain a verb to be considered complete. These can include main verbs as well as helping verbs, like “to be” or “to have.”

Verbs indicate a tense and can change their form to show past, present, or future tenses.

For correct verb use, you must ensure that the verb and subject agree. While nouns are usually pluralized by adding -s or -es to the end, with verbs it is the opposite: it is the verb in the singular form that ends in -s, rather than the plural form.

Adjectives describe nouns or pronouns, while adverbs modify verbs. One of the most common grammar mistakes is using adjectives when an adverb is needed.

Many adverbs are formed by adding the suffix -ly to adjectives, or the suffix -able is changed to -ably.

You should not drop the –ly of adverbs when used in a comparative sentence.

Commas indicate pauses and can serve many purposes. They can be used to separate items in a list, or to join two clauses with a conjunction such as “and” or “but.”

Commas also separate nonessential descriptive phrases. If removing the phrase does not significantly impact the meaning of the sentence, commas are used in between.

Colons are used to separate a sentence from a list of items, to separate two clauses, or to introduce a long quote.

Semicolons can take the place of conjunctions (such as and, but, if) and are often placed in front of introductory words, such as “therefore” or “however.”

Most apostrophes indicate contractions or possession.

The misuse of apostrophes is another of the most common grammar mistakes. Such is the case with its and it’s and whose and who’s.

Capitalization is also very important. All sentences must start with a capital letter. In addition, all proper nouns (names, titles of books, magazines, movies, and specific places) must also be capitalized.

Writers have the freedom to be creative. However, it is also essential that they master proper grammar if they want to communicate effectively.

Committing obvious grammar mistakes will undoubtedly affect the quality of your written work.

You might end up turning off agents, editors, and even your readers. Make sure you’re writing confidently and error-free by taking time to study the basics.

For quick references, download and print our grammar reference sheet!

Which writing topic would you like us to discuss in our next article? Let us know in the comments below!

Here are other writing articles we have on TCK: 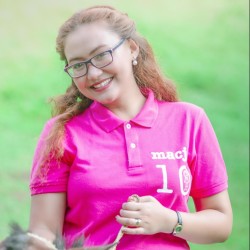 Joana Regulacion
Joana Regulacion is a proud wife, mother, and furparent. Joana loves writing blog posts because it helps her learn new things. She also conducts lectures for aspiring teachers who are reviewing for the Licensure Examination for Teachers, but enjoys working from home to be closer with her family.