4 Important Book Publications You May Not Have Heard Of 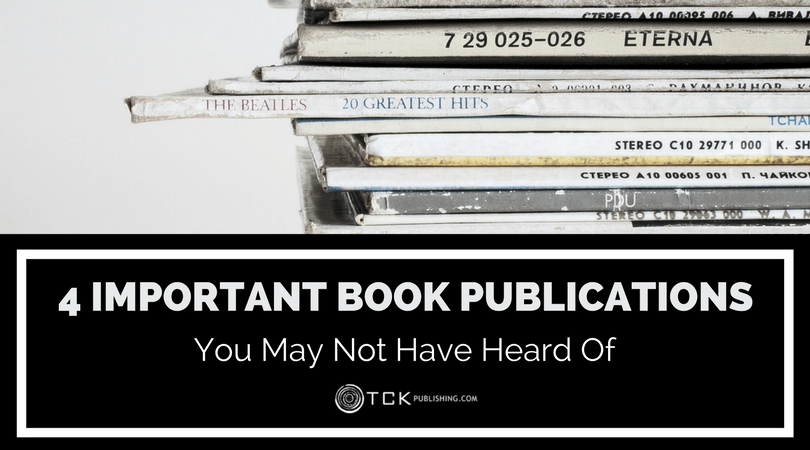 We all know about the importance of getting Amazon reviews, and most of us are also obsessive users of Goodreads, LibraryThing, or possibly both. We’re all over our Kobo and Nook stats, and we keep careful tabs on our Google analytics for our blog and on the bounce and open rates for our email newsletters.

We’re informed, educated, and ready to dominate the book scene!

Only…the book scene doesn’t think so. Because there are four book publications that you may not even know about that help shape what readers see—and what they want.

These publications are referred to in the industry as the “trades,” because they’re the publications of record for the “book trade.” Every industry has similar publications, trade journals that take an in-depth view of what’s going on, down to the tiniest detail, so that people working in that industry can do their jobs better.

In the case of the book industry, though, these trade journals also affect what booksellers buy, what librarians order, and through that, what you and others read. They’re also less insular than a lot of other industries’ trade journals, in that they have public websites, have reviews that make their way to Amazon and elsewhere, and are beginning to accept that there’s a lot happening in publishing that isn’t coming out of the Big Five in New York.

Let’s take a look at these publications to get an idea of how they work and how they might affect your author career.

Arguably the most influential of the trades is Publishers Weekly. It’s available by subscription or on newsstands in the New York publishing hub, and you can also read select portions online for free. A print and digital subscription to the weekly edition will run you $249 per year.

Although expensive, this is considered a “must-have” subscription by industry insiders, because PW announces new deals; reports on job moves and industry news; and lets agents, editors, film producers, and others scan for projects they might be interested in.

It also reviews books. Lots and lots of books—more than 10,000 every year and growing. These are all reviews for books that haven’t been released yet, and a good PW review can rocket a book to stardom—booksellers, librarians, and others read PW voraciously and a book that gets a starred review is way more likely to see a ton of orders pouring in even before the release date.

But for a long time, PW had restrictions on what books it would review; you had to be traditionally published, you had to adhere to certain restrictions even within that, the book had to be available in print, you had to send it for review almost half a year before it would be published…the list goes on.

Now, some of this is understandable—with 10,000 books to review, you need some time to assign the review, let the reviewer read it, write the review, edit the review, publish the review, and still give buyers time to place orders before launch. But no digital copies, even in 2010? Yipes.

Thankfully, the folks at PW have since wised up. They now have an online submission system that accepts digital review copies for most genres, and they’ve even added PW Select and BookLife, services for self-published and indie authors. Heck, they’ve even dropped the fee for reviews with that service, one more step toward bringing indie publishing on part with the traditional publishers. 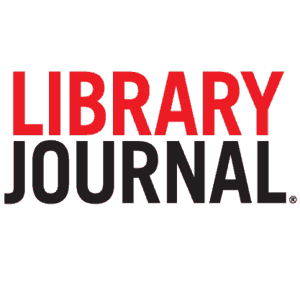 Owned by the same parent company as Publishers Weekly, Library Journal focuses on librarians as its audience, rather than booksellers, editors, and other industry insiders. It still includes industry news and some gossip, but does it in its own librarian-y way, featuring industry trends, professional development material, job listings, and opinion articles as well as reviews.

This is another print-and-digital subscription; you get 20 issues a year plus online access and a tablet edition for $101.99 if you sign up online. Again, expensive, but it’s mostly a professional expense for the people who read it.

All of its many reviews are penned by librarians, and unlike PW, the reviews have bylines—you know who wrote them, unlike PW’s anonymous reviews. That means that reviews are generally positive; if a librarian working with Library Journal doesn’t like a book, they probably just won’t write about it. Library Journal also reviews audiobooks, DVDs, and other media, so they publish fewer book reviews than PW and some of the other trades.

Because Library Journal is focused on a professional audience of librarians, they’re not as interested in picking out million-dollar hits—librarians want books that will bring people into the library or that will serve an audience, not necessarily books that will sell a bajillion copies for a bookstore. So the review choices here can be more eclectic, which could be good for indie authors.

Books for review have to be sent in print form, four months or more before publication—unless it’s a romance novel, which they’ll accept in digital form. There are no rules explicitly excluding indie or self-published authors, and Library Journal has a great track record of embracing small presses, but you’ll want to make sure that your book is produced incredibly well in terms of content, editing, and design in order to stand out from among the tens of thousands of submissions this and other trade journals get every year.

Kirkus is another one of the big dogs among the trades. Similar to Publishers Weekly, it publishes lots and lots of reviews—in fact, that’s its entire focus, rather than PW’s inclusion of insider news and gossip. Another 10,000 or so reviews come out of Kirkus every year…add that to PW’s coverage and even accounting for overlapping reviews of some of the most prominent Big Five books, that’s a lot of books!

Since 1933, Kirkus has been focused on providing pre-publication reviews so that booksellers and others can figure out what they want to order for their shops. Kirkus reviews, much like PW reviews, are often siphoned up by Amazon and Barnes & Noble to be displayed prominently on a book’s listing there.

Submitting to Kirkus can be a roll of the dice—if their reviewers don’t like a book, they’re not shy about saying so! Even books by famous authors have been known to get panned in the pages of Kirkus, although sometimes this just generates more publicity as people start talking about the terrible review.

Kirkus publishes a print edition twice a month, as well as a weekly email newsletter and select online reviews. This is another expensive subscription—$169 a year for online only, $199 for print and digital. It’s definitely for people who work in the book industry at those prices.

Again, Kirkus used to be an unfriendly place for the indie publisher—their restrictions on what books they would review and how they would accept submissions kept most small presses and self-published authors out.

Today, though, that’s changed. Not only has Kirkus opened up a branch that will review indie books, it also offers paid editorial and marketing services for DIY authors. Once again, we’re starting to see the market change as formerly insular industry-only publications realize the power of indie authors…and that readers want books that come from more than just the voices approved by the Big Five.

Unlike some of the other publications on this list (*cough*Kirkus*cough*), Booklist tends to simply ignore books its reviewers don’t like, rather than writing harsh negative reviews.

Unlike PW and Kirkus, which are primarily aimed at booksellers, Booklist focuses on librarians as its audience, similar to Library Journal. That makes sense, because it’s published by the American Library Association. That also means that librarians are typically the ones writing the reviews.

Booklist is available as a print subscription with companion online access, and it’s darn expensive—$295 per year for an individual.

There are technically no restrictions preventing an indie author from submitting to Booklist for review, but their strict quality standards mean you should be very, very confident in that your book can hold up against the best from the Big Five, including in how it was printed and produced. You should also be confident that you have a distribution service in place to handle institutional orders placed by a library, which a lot of direct-sale indie authors aren’t ready to do.

Get Familiar with Book Review Publications

So now you know the industry insider’s sources of information about what books are coming up and what they might want to buy for their bookstore, library, film studio, etc.

Is it worth submitting? Well, only you can decide that. But keep in mind that these publications, even in today’s modern, flexible publishing world, are still considered the gold standard for judging quality.

If you’re really confident in your book, it might just be worth submitting to a trade journal.

For more insights into the book industry, check out these articles: