Even the most prolific of writers can have a dry spell. Maybe you’re in between books or looking to switch things up a little. Maybe you’re stuck on a scene and want to shake the creative muscles loose. Whatever the reason, we all tend to need inspiration from time to time.

Writing prompts are awesome for this, but the same old prompts can start feeling stale. How many prompt books have you picked up that all include a bunch of generic prompts like “write about someone who has inspired you” or “write about a breakup” ? Probably way too many!

It’s easy and believe me, it’ll give you a good creative workout! To create your chart-topping story, just head on over to Wikipedia’s list of Billboard Number-One Singles. Pick a year—there’s singles on the Hot 100 dating back to 1958, and songs going all the way to 1940 before that.

In that year, pick out anywhere from two to five song titles and combine them to start your story. If you can’t find a couple of good ones in a single year, pull some from a variety of years.

Interesting premise for a story, right?

There’s tons of ideas to play with using this technique. For instance, check out 1993:

Weak! Can’t help falling in love. I’d do anything for love! Informer.

That’s the start of a great romantic thriller right there—someone who can’t help falling in love, maybe with the wrong person, and who ends up in over their head, becoming an informer. For whom? The FBI? Or for a rival gang? The possibilities just start racking up.

And the best part is, you can rearrange these and reinterpret in any number of ways.

Let’s try 1977, stringing the titles together to a full prompt:

Undercover angel, don’t leave me this way when I need you.

Another possible romantic thriller! If that’s not your thing, what about “Southern nights, dreams. Got to give it up.” Sounds like a drama in the works.

Make It Work for You

Pull together five or six of these, either from single years or from across the decades, then see which one gets your creativity flowing the most. If you’re still stuck, try hopping on Spotify or YouTube to play the songs you’ve chosen—if the title combinations don’t get you on track, maybe the lyrics will!

When you’ve settled on a story prompt, sit down and write it out. Don’t jump in and out; give yourself a solid chunk of writing time and blast out a story. Personally, I like to set a timer for an hour. If I’m writing full-throttle when it goes off, I can continue, but no matter what, I have to write for that full hour.

Usually, when the timer dings, I’ve got a short story!

This is a great way to get yourself in the habit of writing more and to unshackle yourself from the idea of “the muse,” writing only when the spark hits. Instead, teach yourself to find a spark in anything, even old songs.

Have you ever tried using song titles as inspiration?

For more on story prompts and inspiration, read on: 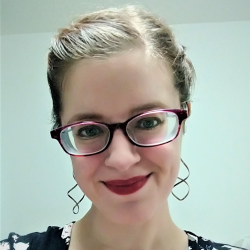 Kate Sullivan
Kate Sullivan is an editor with experience in every aspect of the publishing industry, from editorial to marketing to cover and interior design.